Before December 9th, the last time I had been inside an amusement or theme park was probably the summer of 1999 or 2000. It would have been a church youth group trip to the beach and the long but not forgotten Miracle Strip park in Panama City Beach, Florida.

While Miracle Strip has faded into the winds of a changing Panama City, a park from the 1950s still stands strongly in Anaheim, California. That park, of course, is Disneyland. I mean, it’s not going anywhere. This is the Mouse we’re talking about.

I was in the Los Angeles area on business, and, because my 40th birthday was approaching, I decided to treat myself a little bit. I figured “Why not go to Disneyland and see what all the fuss is about?”. Whenever I go to a location, I like to do the touristy things because, well, I don’t know if and when I’ll ever go back to that area. I like jumping feet first into being a visitor.

It doesn’t get much more touristy in Southern California than going to Disneyland, y’all.

Luckily, though, I decided to go on a Thursday in December. The park wasn’t that crowded, and, as an added bonus, it was decorated for Christmas. The only real bummer was that it rained off and on, but, hey, you can’t win them all.

My goal for this trip was to take in the atmosphere of Disneyland while getting a lot of photos. I wanted the photos to reflect some of the beauty of the park, especially the work that went into the theming elements, while also showcasing the touristy aspects and the accepted absurdities of a theme park.

I wanted to showcase the color and life of places like the Enchanted Tiki Room and Holiday Haunted Mansion, my two favorite places to visit in the park, while also showing the mundane aspects of people walking down Main Street or other high traffic locations inside Disneyland.

A large collection of pictures were also taken during my visit to the holiday-themed version of It’s a Small World. That place was a sensory overload, and it was easy to see why it remains a very popular part of Disneyland.

For the editing style, I went with a teal/orange combo to draw out the cartoonish aspect of Disneyland. I mean this is a park built on the back of animation, so I felt the pictures should have a bit of that influence when it came to the color scheme.

If you like these photos, be sure to check out the other photos from this trip to Los Angeles! 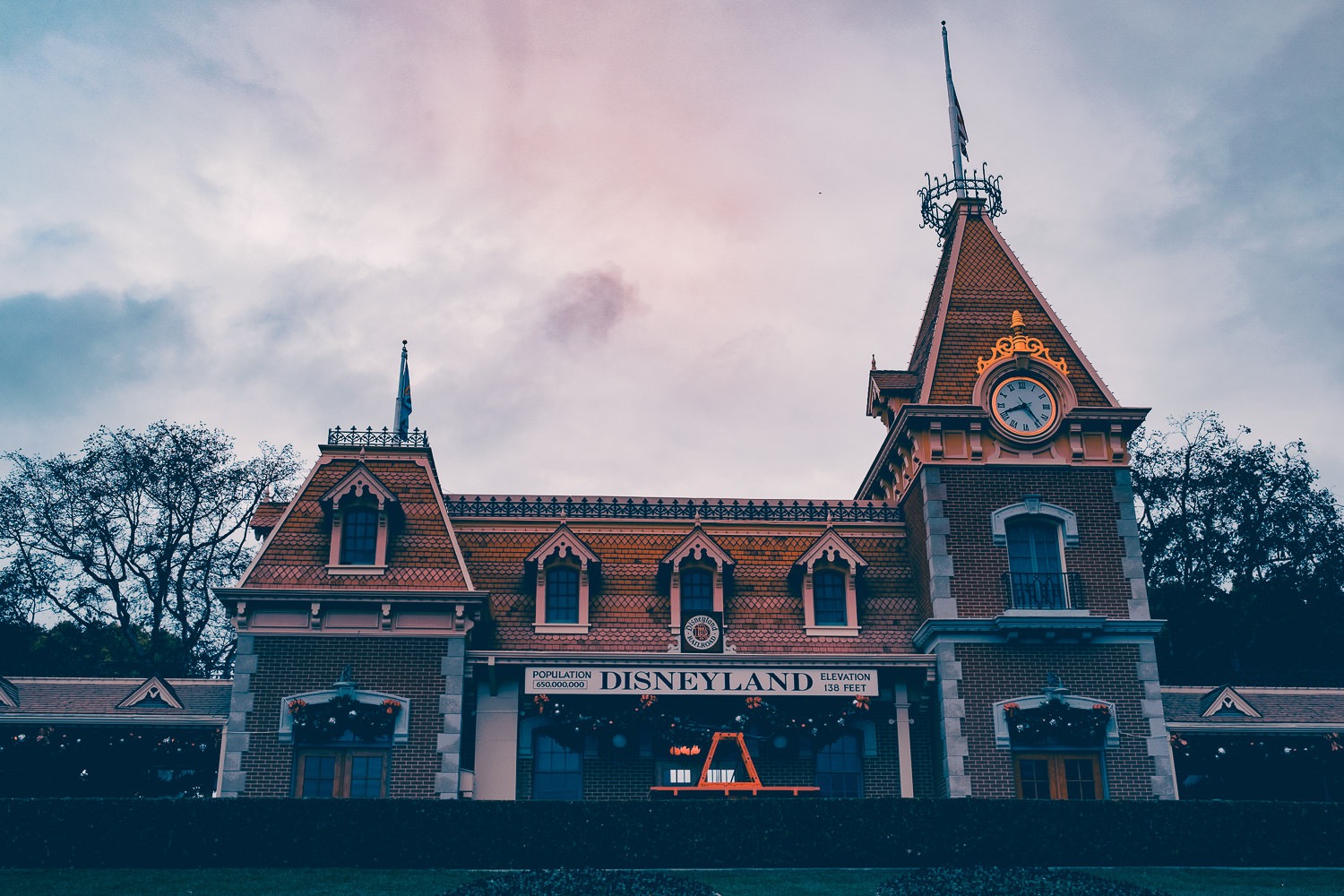