Let me say it straight and to the point. I love visiting Southern California. I know it might not be the case for others out there, but I fully embrace getting to explore the region every chance I can get.

I found myself in Southern California again from March 23rd to March 26th in order to photograph a wedding up in the mountains at Lake Arrowhead. The wedding was on the 25th, so I was a tourist in Los Angeles on the 24th.

This post, though, isn’t about the experience on the 24th.

When I visit Southern California, I stay in Torrance due to its proximity to the airport. Since I had a little bit of time on the day of my departure, I looked at the map and realized Torrance was very close to Redondo Beach and Hermosa Beach.

That realization came in handy because it allowed me to take a visit to both locations and see the Pacific Ocean before I left Southern California. Another visit to Santa Monica was in the cards, but, since Redondo Beach and Hermosa Beach were much closer, the choice wasn’t hard to make.

It was a gorgeously foggy morning when I got to Redondo Beach. There was a calm and ethereal feel and atmosphere, and that is what I wanted to emphasize with my editing. The primary blues and greens mixed with the pink accents in the sky, hopefully, present that feeling to you the viewer.

My experience in Redondo Beach saw my walk around the public pier and the numerous establishments located there. A few fishermen and other visitors were present in the early morning hours, but, otherwise, there was a sense of calm emptiness that stood in contrast to the overall bustling nature of Southern California.

There was much more activity on Hermosa Beach. More people were present on its pier, but also on its beach, a popular spot for volleyball. Surfers were also in the water and were trying to catch what early morning waves were available.

After a stroll up and down the pier of Hermosa Beach, I found myself headed back to the airport. It was only a short distance to the rental car center and my final destination in Southern California. 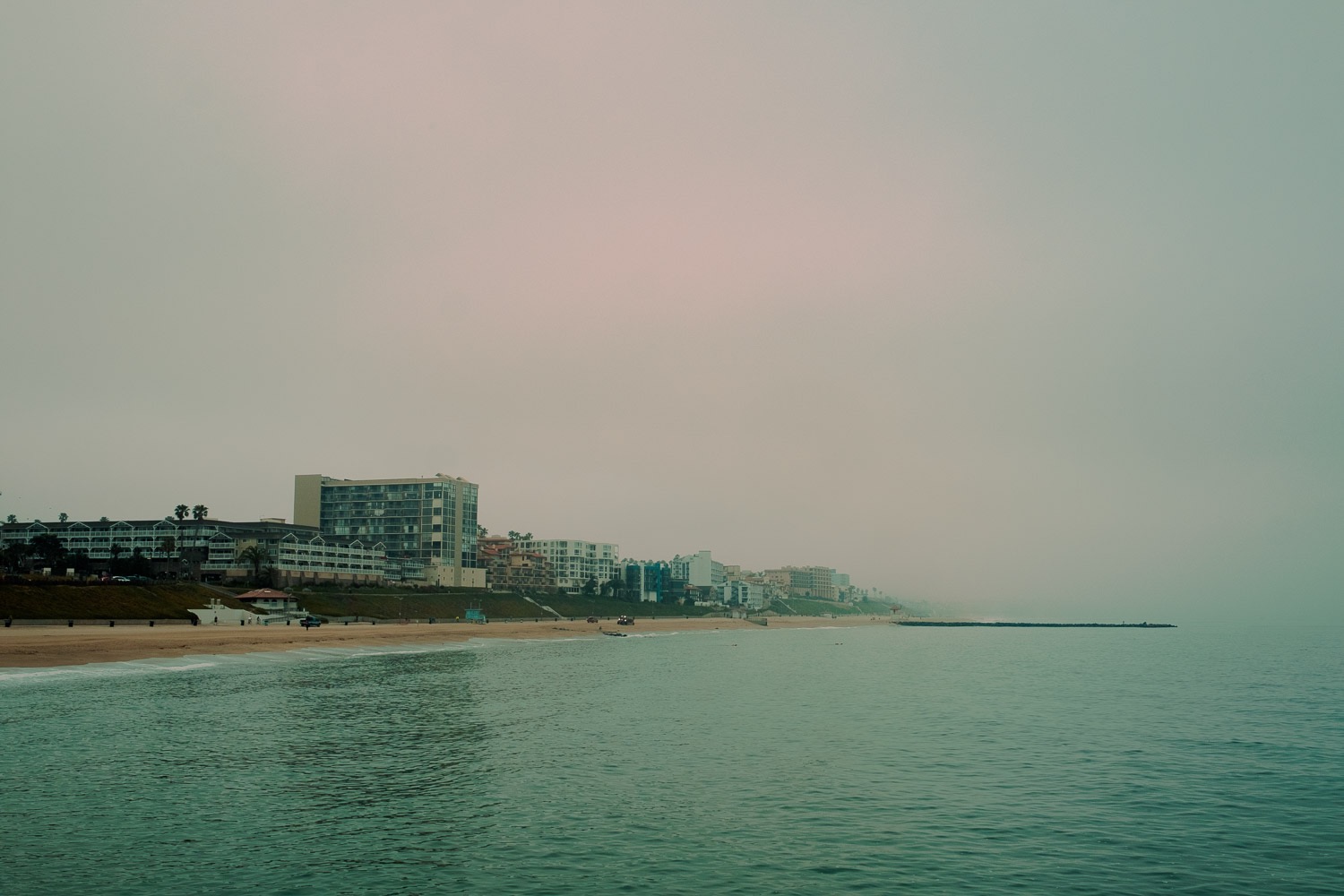 Available throughout the United States